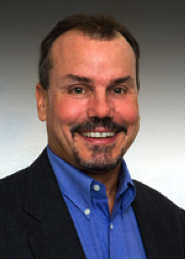 Jim is a highly successful and experienced executive with a unique blend of strategic, operational, financial and business development experience. Jim has a track record of growing businesses from start-up to over $100 million in revenues and has led and integrated over 15 acquisitions in companies that he has managed.   Most recently Jim was a co-founder and Managing Director of Axia Capital Partners. Prior to Axia, Jim was a Senior VP and General Manager of Brooks Automation Factory Software Division where he personally led the acquisition and integration of six complementary organizations and grew revenues from $24 million to $130 million in two years.   Previously, Jim was the CEO and co-founder of FASTech Integration, a developer of mission critical manufacturing software for large semiconductor and electronics companies. Jim was successful in raising $6.5 million in venture capital financing for FASTech and led the growth of the company from start-up to $24 million in revenue. FASTech was ultimately sold to Brooks Automation in 1998. Jim has additional experience as a Business Unit Director at GMF Robotic and a materials planning software analyst at General Montors.   Jim has a BS in Operations Research from Columbia University and an MBA from Harvard Business School.